Some Fan Responses To Fat Sam's Media Handling Of The Hull Boo-Gate etc !! 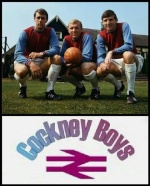 Some Fan Responses To Fat Sam's Media Handling Of The Hull Boo-Gate etc !!

Resign we don't want you we will never accept you

Really cannot be bothered to listen to the man. I believe he  has strong contempt for the fans and either way he don't give a toss. Boo out!

My family have supported from day dot
Glad some are happy with Vice Chair & Manager disrespecting fans, laughing at em whilst we pay £50+ to watch unentertaining overpaid clowns do nothing
Could always block instead of moan at fellow fans
Fed up with fans rowing some UNITED eh??

Funny old game foot ball one of the few businesses that you can slag of your customers who complain and expect their patronage to continue without comment! Messrs Sullivan,Gold, Brady and Allardyce look in the dictionary and look up the definition of CLUB it might give you an idea why we are allowed to have our Say! Good or bad!

All of you that are behind the team and big Sam %100 and don't care how we win as long as we do, you guys wouldn't mind paying for my tickets then ? Because this club is a f**king joke at the minute!! As a fan (loyal fan) I refuse to be disrespected by that fat Cnut and the board 'who care so much about this club' ....

Would I be right if I suggested that those who are happy for BFS to play appalling football just so long as we stay up are in the majority armchair supporters ?
and the majority of those who aren't happy are the ones who put their money where their mouth is and go to the games and have to suffer the tripe Sam serves up ?

We have three season tickets costing £2400 and are not allowed to voice our opinion, yet Sam can tell the media what ever he likes!!! Seems a little one sided. 3 Disappointed loyal fans.........

Martin, I was giving a hypothetical scenario .. I appreciate that the game is turned into a business, but other than ticket prices that doesn't concern me. If they continue to play unentertaining football then their business will fail. The fans deserve to see something when they attend or they will stop attending. My problem with BFS is that he seems only concerned with statistics and not losing.  For a manager so highly paid (by me) to make no changes or tactical moves when winning at home to a ten man Hull shows him as a clueless twat.

Disagree Mark, I think more people will vote with their feet if BFS is around next season. All the transfer promises did'nt happen and why will it get any better. The booing may only be the beginning.

It makes me laugh when people say a billionaire sugar daddy is going to come in and buy us when we move to the OS, why would they? for a rented ground which they have no chance of owning? a team of players built on the cheap? (especially if bfs is still in charge when we move there as was his wish). Even billionaires will want some assets not just a bunch of ageing players with no sell on value. Can anyone honestly say they think we'll get 55,000 every week with this muppet in charge? maybe if we give away 10,000 to away fans! A not very happy hammer.

I think it is more the one dimensional football that people are booing Helen, like creativity is being coached out of them and replaced with BFS's style of lump it football, which I for one don't like, it is boring to watch so naturally people get frustated with it and when there is no plan b for when plan a isn't working, a manager who earns as much as he does should be able to change system to make a difference, but he doesn't seem to have another plan, look at all the games we've won this year and last which we never deserved to, I don't put that down to good coaching I put that down to luck and poor finishing by other teams. Other teams in the league also don't have big budgets but can play better football, why settle for poor football?

This Summer could be crunch time for a number of players on good salaries whose contracts expire, including Kevin Nolan on reported 60K a week! Bet many Southampton players don't get that sort of dough. The other  big issue for the owners is whether to continue with Allardyce as manager. They must know why an increasing amount of fans are showing their dissent and if not find out not bury your heads in the sand like BFS and Karen Brady !!! We are where we are because we have average players , an unbalanced  squad for the first half of the season and a 20th Century manager who refuses to be flexible in terms of his tactics or overall strategy. The Board stick with BFS next season I can foresee  the same struggles occurring.


‘It’s the terigidness of the performances, It's £42 to get into each game, sometimes more, depending on the opposition, and it’s just boring. This is the most turgid, boring side. If I wasn’t a West Ham supporter and you gave me a ticket, I wouldn’t watch it. It’s so one-dimensional. It’s just awful to watch.’
He appreciated that there are only so many good players to go around the English game. But he explained: ‘If you can’t get your head up and buy yourself a little bit of time, if you haven’t got the quality to do that and play simple 10-yard passes, if the only thing you’ve got is a smash-up ball to Andy Carroll, well...! And you want me to pay £42 to watch it!’ 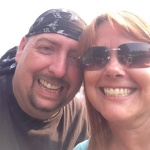 If ever you do come to a game, I suggest you sit with the away fans.
Hungry Hammer 66

Suzanne Claret wrote:If ever you do come to a game, I suggest you sit with the away fans.

Awh, thanks for the tip but back in the day we always used to get in amongst the away fans but we wernt sitting with them !
JulianDicksLeftKnee 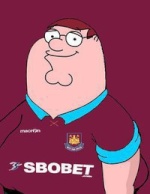 You must be so proud of that. Tell your grandkids.
Hungry Hammer 66

Awh, thanks for showing an interest in my grand children and yep, proud as punch
Sponsored content