it's finally happened... about two months later than it should but at least it's done now.

[You must be registered and logged in to see this link.]

all we got to do now is see which poor choice they make in replacing him.

westhamonkey wrote:
it's finally happened... about two months later than it should but at least it's done now.

[You must be registered and logged in to see this link.]

all we got to do now is see which poor choice they make in replacing him.

And that poor choice look`s like being David Moyes again

.
Should of known that they would go for the cheapest Option avaliable - He did Okay last time round but seriously to appoint him again when it`s clear we need a Young manager with hunger to suceed as a Manager is beyond a Joke.This board need to fupp off out of the club if they aren`t willing to show ambition and appoint a young decent manager like Howe etc ..... Yeah it may cost a bit to persuade Bournmouth to let us speak to him but in the long run it would benift the club as we`d be getting one of better young English managers around in this current moment in time.
Blakey

Currently they are suffering an injury crisis, granted, but that does show how little depth he has when key players are not available. Howe runs that club from top to bottom, he would never get that opportunity elsewhere. Perhaps it's now proving too much, who knows. His dealings in the transfer market are also very questionable. He's paid very good money for some lame donkeys.

Jury is still out on Howe, he may well be the next bright young thing; I just don't think we are in a position to take that gamble.
westhamonkey

well it's a done deal now... so no more wondering what might be... there's no way to comment on the offish and there's way too many posts on the social media announcements so I'm going to do it here...

you useless bunch of fupping cunts... this is perhaps the most inept, lacking-in-imagination, backwards, fupping mind-numbingly stupid appointment in the club's history.
This is re-signing Carlton Cole level fupping stupidity.

Do they not remember how mind-fuckingly shit we are under Moyes? The guy hasn't even had a job since we got rid of him... that's right... NO ONE IN FOOTBALL wanted him... AT ALL!!!!!

Look at all the clubs who have hired new managers since we went down the shitter at Oxford... Spurs, Arsenal, Everton... to name but three... ALL of those managers were available when it was clear to anyone that we needed a new manager... so what do the board do?

fupping hell... this is about as big a "fupp you" to the club, the fans, the players as you could possibly imagine.

I'm done. I can't stop supporting the club... I wish to fupp I could. I have no desire to celebrate or support this bunch of absolute arseholes one moment longer.
But I'm a West Ham fan, I was before they came along and will be once they've fucked off - which they now can't do quickly enough.

I haven't been this angry in a long, long time.

fupp the Board. fupp each and every one of them. Get them out of West Ham ASAP.
Charlie Ham 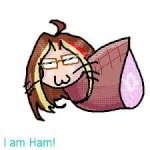 I would like to say,"good like to Moyes". I know he has said this squad is better then last time however I'm not sure of that.
westhamonkey

a useless minge coming into a useless club to manage a useless team... seems like the perfect marriage.